Is The Russian Blue Hypoallergenic? 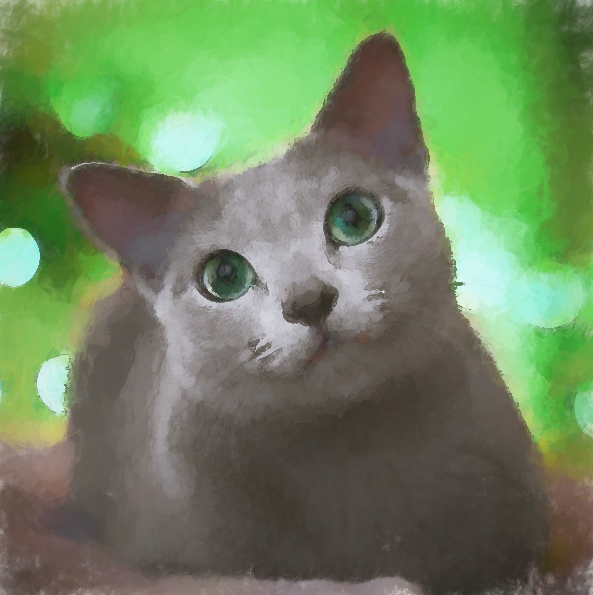 
We have no idea how the idea that the Russian Blue cat is hypoallergenic got started—but it wasn’t from Russian Blue breeders. And if anyone would know about the workings of this remarkable breed, it would be the people who have lived with them for years 24/7. Let’s take a look at the mechanics of cat allergies, what factors can affect an allergic response, and why potential pet owners with pet allergies should take a hard and realistic look before getting a Russian Blue—or any cat.

Fel d 1 – The Allergen That Started It All

Where there is an allergenic response, there is a trigger. In the case of feline allergies, that trigger is Fel d 1. It is one of eight different allergens in cats, which are designated Fel d 1 – Fel d 8. (note: Fel d is WHO’s designation for Felis domesticus). This allergen is primarily produced by the cat’s sebaceous (skin oil) glands and also by glands in the tear ducts, mouth, and perianal area. It is NOT caused by cat hair or flaky skin. However, long hair does give the allergen a larger area to cover, and longer-haired cats may groom themselves more, spreading Fel d 1 on the fur as they do. One hears about people reacting to cat dander. Dander consists of microscopic particles of skin and hair, and in cats these particles can be covered in Fel d 1. It is NOT dandruff, the large bits of skin one might see on a cat (or people). Many factors can raise the production of Fel d 1. Sexually intact (unaltered) males produce far more Fel d 1 than unaltered females, with altered cats producing the least amount. A well-balanced diet may help lessen the production simply because the cat is healthy and her overall system is in balance. And a regular grooming routine (i.e.: bathing and removing the oils containing the Fel d 1) certainly helps—for a while. However, the bottom line is that every single cat produces Fel d 1.

So, Why Do People Think Some Breeds Are Hypoallergenic?

Lots of reasons. There was someone who had claimed to produce a hypoallergenic cat back in the 90’s, but it was a scam. Some folks jumped onboard the hypoallergenic bandwagon and began claiming that their breed was hypoallergenic too, reality be damned. Magazine editors send out writers in search of stories such as “Ten Breeds For People Who Are Allergic to Cats” … and those writers found a story. Somewhere, somehow they found one and then it became a source for the next story. Cats with short hair and no hair have been touted as hypoallergenic (and, they could be less allergenic as they have less fur to trap the Fel d 1). And we’ll be honest: a lot of folks who think that they are allergic to cats really are not. Many of us have stories of “allergic” people who have unwittingly been around a cat and had no reaction.


Where Does This Leave the Allergic Pet-Owner-Wannabee?

Hopefully thoughtful about their prospective future with (or also likely, without) a cat, if they are truly allergic. A responsible Russian Blue (or any other breed) breeder has the cat’s welfare at heart and will be reluctant to place a cat with someone who claims to have a cat allergy. Why? 1. It’s not fair to the cat to be placed into a home where the possibility that it may not stay exists. Being suddenly ripped from an environment is stressful – for both the cat and the owner. The cat is just being a cat; it’s the new owner who is insisting it be otherwise. 2. Perhaps everything will be fine with the kitten’s new owner—until the kitten becomes an adult and produces more Fel d 1. Or…does something that annoys the owner. Then, well, at best the cat is returned to the breeder. 3. Or ever hopeful, the new owner tries allergy shots. Sometimes it works great, sometimes not. There’s just no way of knowing.

What About the New Advances in Cat Food That is Supposed to Prevent the Production of Fel d 1?

This and immunotherapy to prevent cats from producing Fel d 1 are the first advances in feline allergy treatment which target the source of the allergen. But these advances are still very new. The immunotherapy just came out in 2019, and Purina released its food in the spring of 2020. Do exercise caution, as this food is new. Long-term negative effects which have not yet been identified may occur. Allergic reactions vary by individuals, and it is possible that it will not lower the Fel d 1 production enough for those individuals who are highly sensitive.


Maybe I Could Try Visiting a Breeder To See How I React Then?

Remember, the breeder’s home is not YOUR home. It would be difficult to compare when they probably have more cats in the home than you do, sometimes other breeds or domestic cats, and other animals. Note the word “home.” Most cat breeders are hobby breeders and their cattery is also their home. They would be understandably cautious about letting someone into their home just to see if they were allergic. Some breeders will allow “test visits,” but usually only with someone whom they have communicated extensively with and would otherwise consider selling a cat to.

The Odds Seem Bleak, Then…

Perhaps. But the primary takeaways from this article should be:

1.  Russian Blues are not hypoallergenic.
2.  Breeders primary concerns are placing a cat in a loving forever home. “Forever” does not mean “unless the cat gets returned if the owner reacts.”
3.  The cat’s welfare comes first.

view/download this article as a pdf

Resources for further reading include:

An update on molecular cat allergens: Fel d 1 and what else? Chapter 1: Fel d 1, the major cat allergen
https://www.ncbi.nlm.nih.gov/pmc/articles/PMC5891966/

No Such Thing as a Hypoallergenic Cat
https://www.smithsonianmag.com/science-nature/theres-no-such-thing-hypoallergenic-cat-180968819/

The Truth About Pet Allergies
http://www.aaaai.org/Aaaai/media/MediaLibrary/PDF%20Documents/Libraries/EL-allergies-pets-patient.pdf